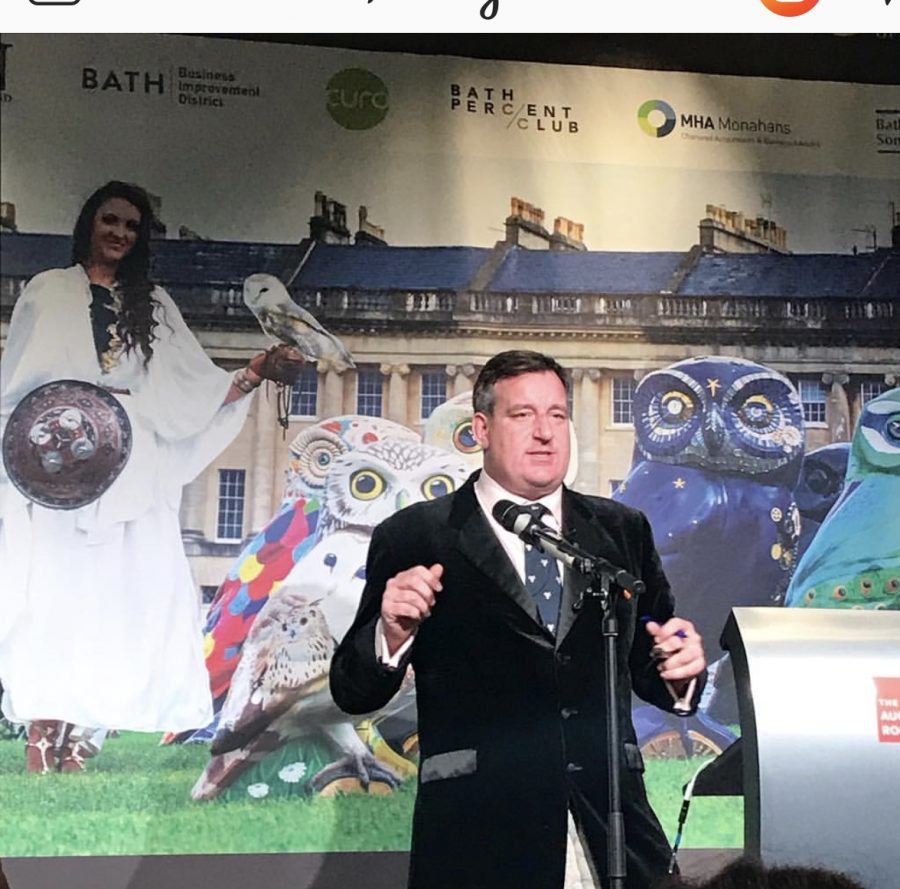 It was a night of feathery frenzy as art collectors and owl fans turned out in force to bid on their favourite sculptures at the Minerva’s Owls of Bath charity auction.

Bidding on the 61 owls took place in a room of hundreds of excitable buyers, as well as online, where owl fans from around the world got in on the action. In total, over half of the night’s sales were made by online bidders through TheAuctionRoom.com

The stand out stars of the flock were Octavius designed by Joanna Dewfall which went for £7,500 followed by fan favourite JK Owling by Jo McCarron which sold for £5,500 and Festiv’owl created by Horrible Histories illustrator Martin Brown which was won for a successful bid of £4,000.

Bubo, by artist Jane Skuse, which was displayed at the Roman Baths this summer, will be making the 1200 mile trip to Budapest after first enchanting the Walker when they visited the Minerva’s Owls of Bath trail this summer.

The event was hosted by auctioneer Addison Gelpey, star of Channel 5’s ‘Storage, Flog the Lot’. He was assisted by Olympic Gold medallist Amy Williams MBE who painted her very own owlet for the occasion which was first unveiled to the public at the Owls of Bath Hoot Farewell Weekend in September.

Guests at the auction were also treated to live music by a live musical performance by 15-year-old Bath busker and finalist of ITV The Voice Kids, Harry Romer.

Megan Witty, event organiser commented, “The auction has proved to be a fitting finale for the Minerva’s Owls of Bath. We’re so happy that after bringing so much fun and colour to the city over the summer, the beautifully decorated owls have also raised much-needed funds for our four partner charities. The money will directly benefit the lives of thousands of people in Bath and the surrounding area and will leave a legacy for many years to come.” 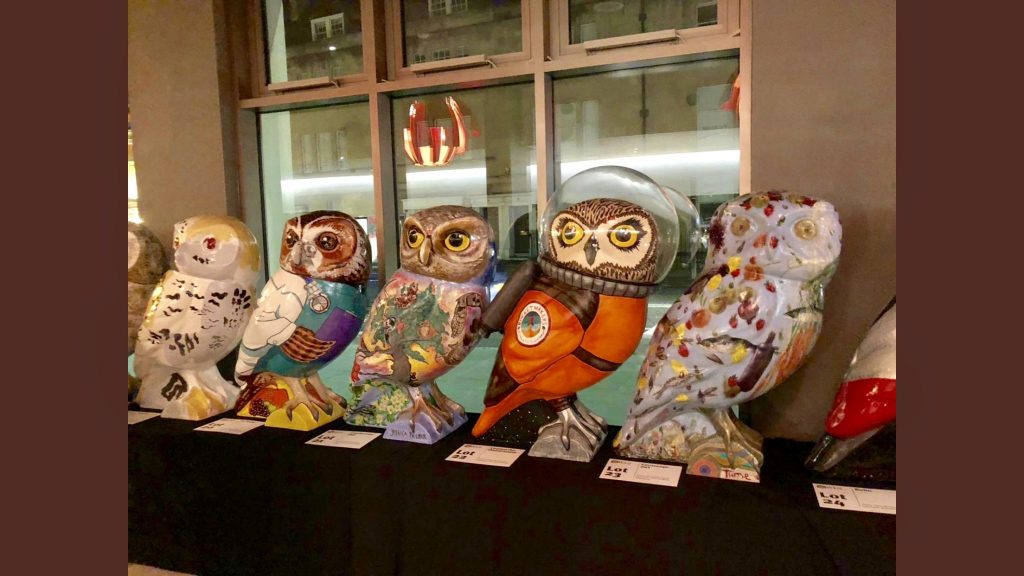 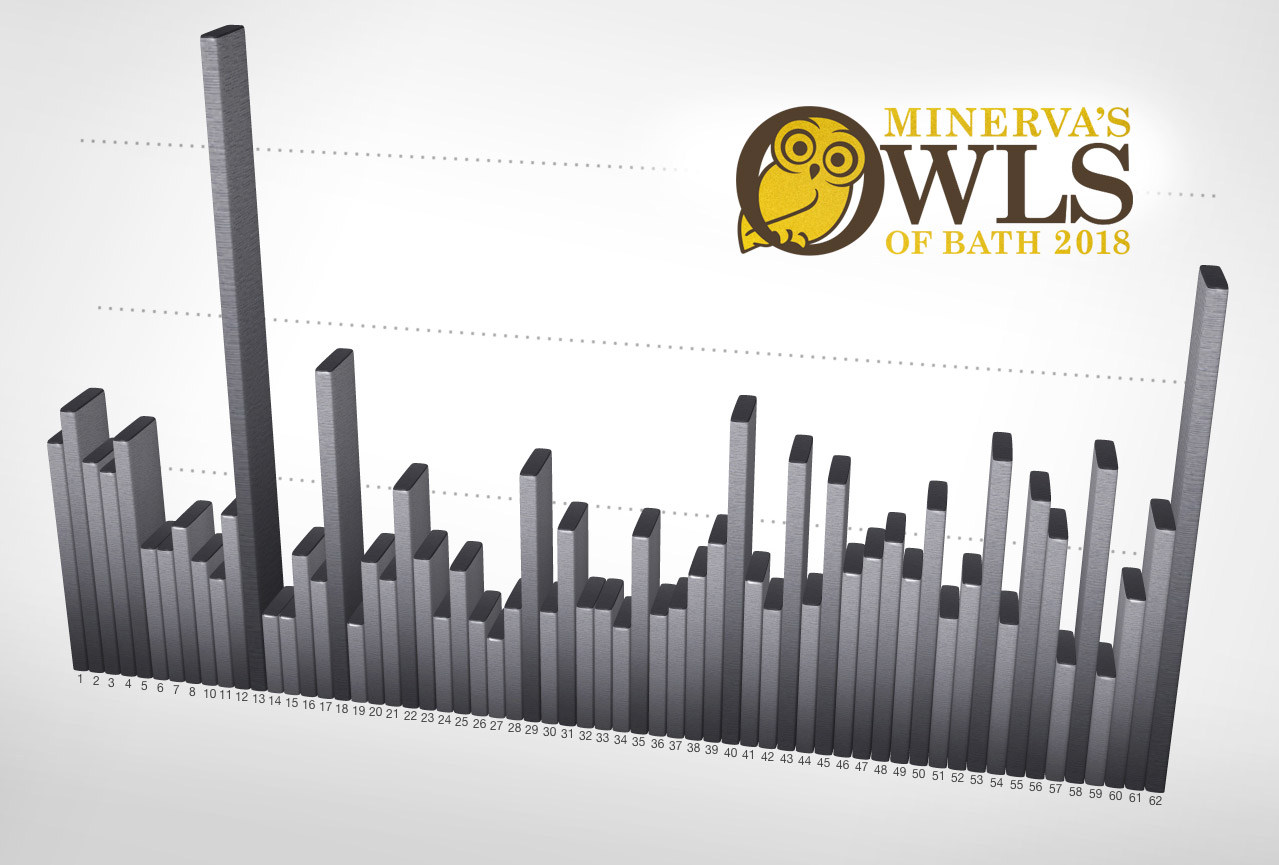