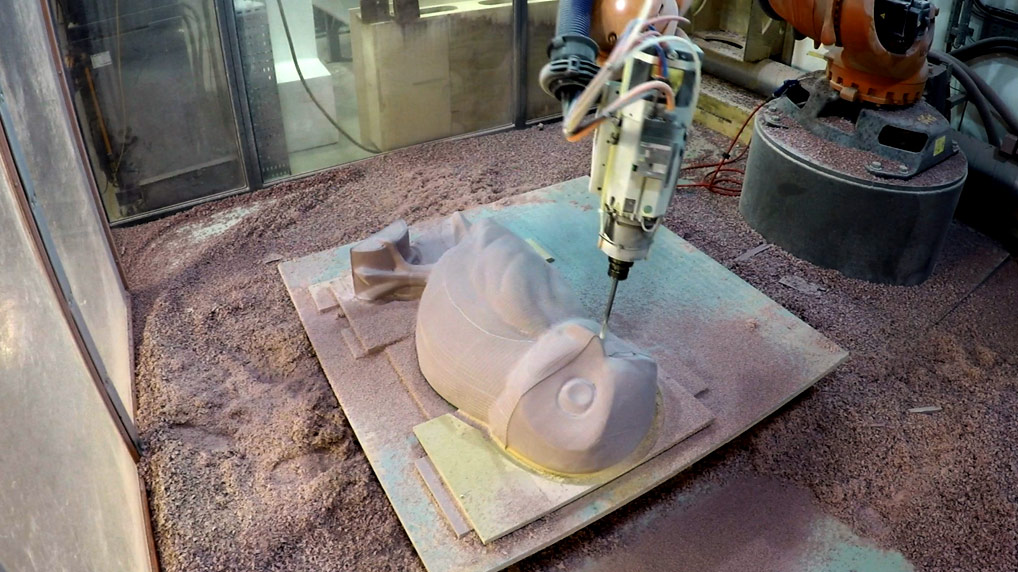 A Bristol engineering company has been ‘elected’ to create the master sculptures for a giant ‘parliament’ of owls, which will take up perches across Bath and the South West for a colourful public art sculpture trail taking place this summer.

The Minerva’s Owls of Bath project will see 100 individually-decorated, giant owl sculptures landing in and around the streets of Bath for three months this summer to celebrate the city’s Roman heritage and raise funds for local charities.

The project takes its inspiration from the Roman Goddess Minerva, to whom the Roman Baths Temple is dedicated, and whose animal symbol was the owl of wisdom. The event also celebrates the 10 th anniversary of the popular King Bladud’s Pigs trail in Bath, which was one of the first of its kind in the UK.

Fineline, a Soundwell based company, is more used to making film props, but in a break from the mould has been creating the super-sized owl prototypes since late last year. They received 3D scans for upscaling from the Mechanical Engineering Department at the University of Bath, scanned from the original maquette produced by sculptor Alan Dun in his studio in Limpley Stoke near Bath.

Once produced, the large 1.1m tall Owl and smaller 75cms ‘Owlet’ for schools, were then sent to a fibreglass factory near Andover to produce the full ‘parliament’ of owls.

The large Owls will be sponsored by a wide range of South West businesses and organisations, and then transformed into unique works of art by talented artists, designers and celebrities. Smaller ‘Owlets’ will be available for schools, community groups and charities to sponsor and decorate.

The Owls will take up their perches across Bath and surrounding areas at the end of June 2018. After three months on public display, they will be gathered together in one giant ‘parliament’ of Owls and Owlets for the ‘Hoot Farewell’ auction preview event in early October.

The beautifully decorated giant Owls will then be auctioned in mid-October, with all event profits donated to four local charities – 70% to the new Royal United Hospital Cancer Centre and 30% to the Roman Baths Archway Project, Bath Young Carers and the UK Little Owl Project, which is based in Bath.

Darren Wring, from Fineline, says: “Although we receive all sorts of requests to make film props and exhibition objects, it’s the first time we’ve been asked to make giant owls! Our specialist computer controlled cutting machines were programmed with the University of Bath’s 3D scan of the original clay model and transformed high density polyurethane blocks into the prototype Minerva’s owl and owlet. We are delighted with the results and think that people will really enjoy seeing these stunning owl sculptures when they follow the Minerva’s Owls trail around Bath this summer”.

Businesses, organisations, schools and community groups interested in sponsoring an Owl or Owlet are asked to get in touch as soon as possible as sculpture numbers are limited. ‘Early bird’ sponsorship rates are available until 5 th March. Experienced regional artists are invited to submit their design ideas by 1st March for the chance to be selected as one of the official Owl artists.