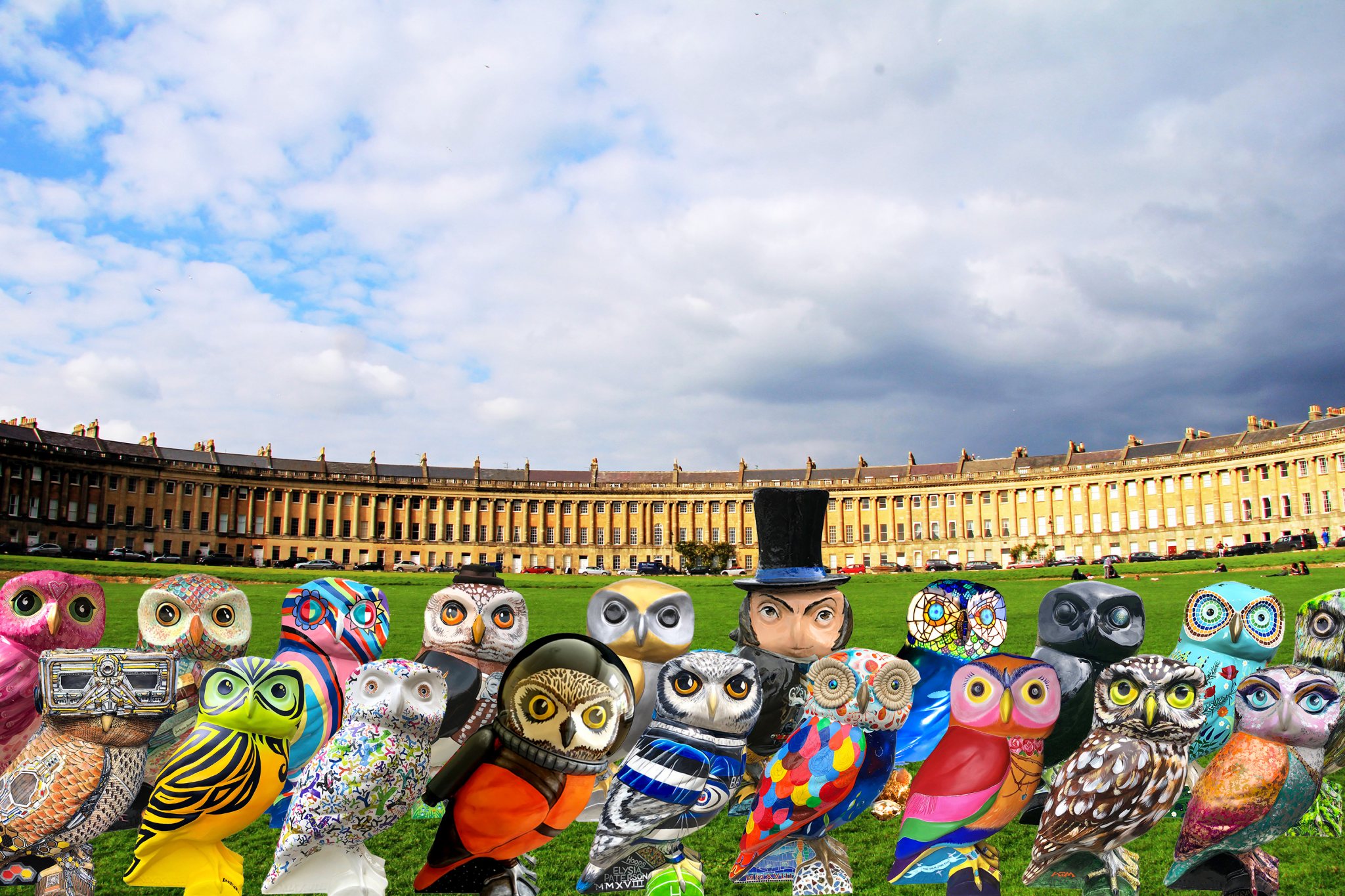 The beautifully decorated owl sculptures will be auctioned to raise funds for four Bath charities on the evening of Wednesday 17th October, at the Apex Hotel in central Bath.

Our Owl auctioneer will be the charismatic Addison Gelpey – the main personality on Channel 5’s prime time series ‘Storage, Flog the Lot’ and a valuer and auctioneer on BBC’s Bargain Hunt and the ‘Famous Find’ series.

The evening will be hosted by Greg Ingham, CEO of Media Clash and Chair of Creative Bath and we will be joined by Olympic Gold Medal winner Amy Williams MBE who will auction several lots, including the fabulous ‘Mr Owlet’ she has designed and painted especially for the charity event.

OWLS FOR AUCTION – 59 of the stunning large 1.1m owls and 3 of the smaller 75cm owlets will be up for auction, many of which were decorated by award-winning artists, illustrators and designers.

(NB. The rest of the owlets will be returned to the schools & charities that decorated them as a legacy of the project.  They will appear at the Hoot Farewell weekend on 29/30 September, but will not be part of the main auction.  Some are being auctioned by their charities in the run up to Christmas).