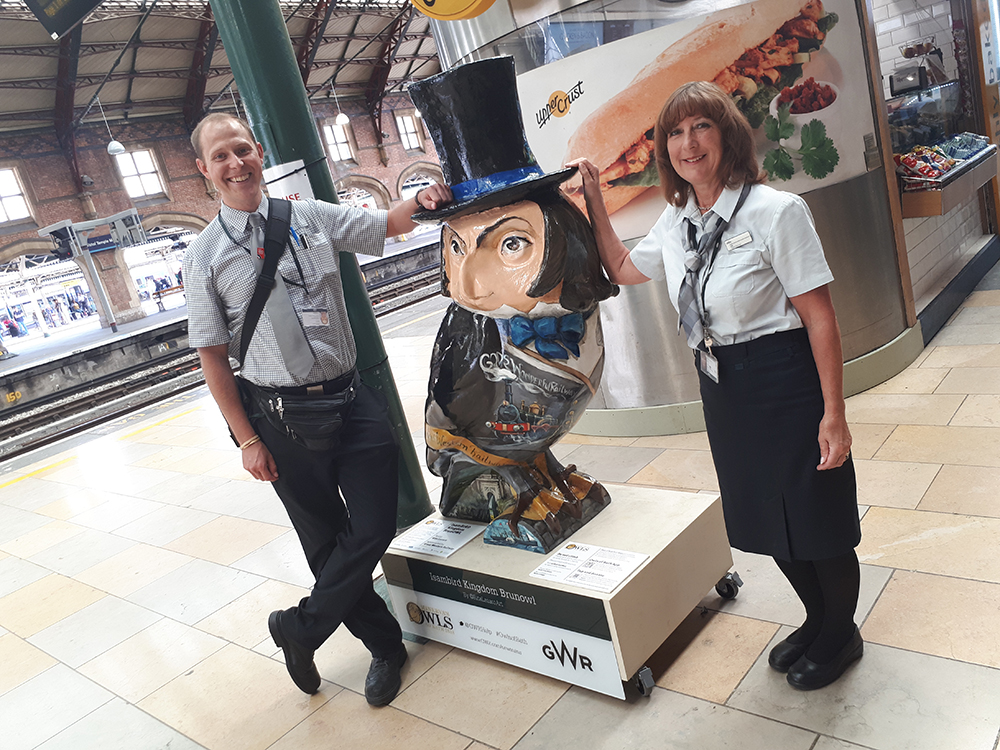 Bristol’s Temple Meads station pigeons have been joined by a new feathery friend!

Inspired by Victorian engineer Isambard Kingdom Brunel, the Minerva’s Owls of Bath sculpture ‘IsamBIRD Kingdom BrunOWL’ has taken up residence at the busy Bristol station on the latest leg of its regional tour to promote the popular owl trail.

Bristol residents, commuters and tourists are swooping into Temple Meads to admire the supersized owl, complete with iconic Brunel top hat, bow tie and tailcoat. Created by West country artist Rita Lazaro, IsamBIRD is decorated with some of the engineer’s most famous constructions including Clifton Suspension Bridge, the SS Great Britain and of course the original Great Western Railway.

The well-travelled owl has spent the summer touring the GWR network, with previous appearances at Paddington and Swindon train stations. After IsamBIRD’s stint in Bristol, he will fly off to Bath Spa station on 17th October, where he will nest until the end of the trail on 10th September.

IsamBIRD will then swoop over to the Owls Hoot Farewell auction preview weekend on Saturday 29th and Sunday 30th September, when all 82 owls will be gathered together in one giant ‘parliament’ at the Bath Recreation Ground for owl fans to say their final goodbyes before the charity auction on 17th October.

Bristol has played a strong role in this summer’s Minerva Owls of Bath sculpture trail. Fineline, a Bristol feature film prop company, created the master owl and owlet sculptures from a 3D scan of the original owl sculpture with their multi-million-pound CNC milling machine and some of Bristol’s most respected artists and designers have been part of the popular trail with designs including:

Megan Witty, Organiser of the Minerva’s Owls of Bath project and of the popular ’24 Hours In Bristol’ photographic competition, said:

“Having worked on creative projects in Bristol and Bath, it’s great to bring the creative talents of both cities together for the Minerva’s Owl trail. We’re so excited to have beautifully decorated owls by Inkie, Cheba, Angus, Epok and ATM in the Owls of Bath ‘parliament’ and people from all over the UK are flocking to Bath to see them.  We hope Bristolians will hop on the train, bus or bike to Bath this summer to enjoy some fun owl spotting around the city – it’ll be a hoot!”

The charity auction has already attracted considerable attention, with owl fans and art collectors from as far as the U.S registering their interest in bidding. For further auction information please email auction@minervasowls.org. 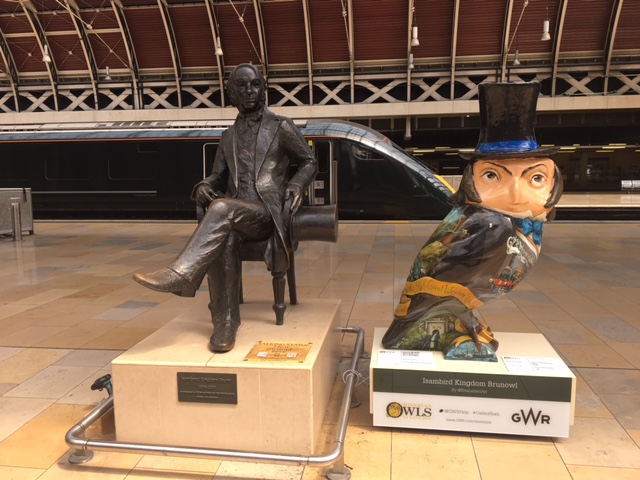