The eagerly-anticipated Minerva’s Owls of Bath event takes place between 25th June –10th September.  Altogether, it will feature over 80 large Owl and smaller Owlet sculptures. It is the latest public art sculpture trail from the team behind the hugely popular Lions of Bath in 2010 and King Bladud’s Pigs in 2008 – one of the first major sculpture trails of its kind in the UK.

During the three-month event, beady-eyed visitors will have a hoot spotting the sculptures in tourist hotspots like Pulteney Bridge and the Circus, outside Bath’s best shops, restaurants and hotels, and residing in surrounding towns such as Bradford-on-Avon, Newton St Loe, Corsham and Street.

The project takes inspiration from the Roman Goddess of Wisdom, Minerva, to whom the Roman Baths Temple was dedicated in the 1st century AD, and whose symbol was the all-seeing owl of wisdom.

Each owl has been sponsored by businesses and organisations from across the region who have worked alongside some of the best artists from the South West and beyond, to create an array of colourful, bespoke designs.

Amongst the Owls on display at the Royal Crescent today were: 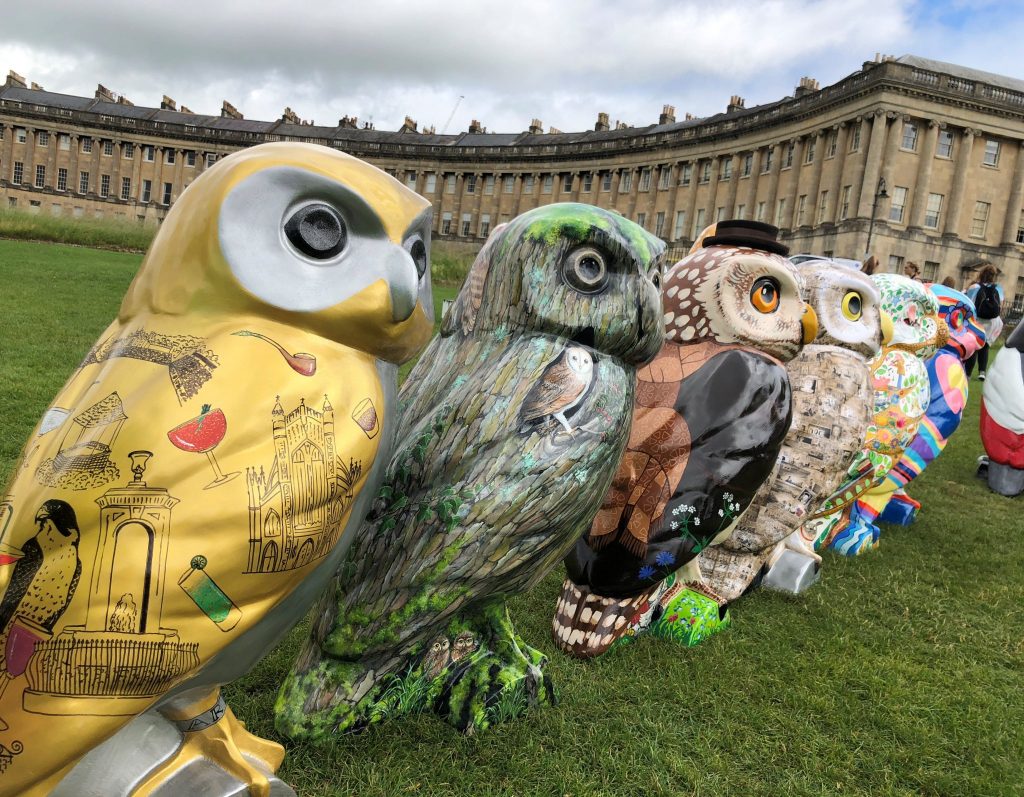 Other artists, whose work will be on display as part of the trail include Wildlife TV presenter Chris Packham, Bristol street artist Cheba and BP Portrait Award artist Richard Twose.

Also present at today’s launch were representatives from several schools including The Paragon, Kingswood Prep and Weston All Saints Primary, who have sponsored and/or decorated a collection of smaller Owlets.  These artistic creations will nest permanently at the schools after the trail finishes, remaining as a legacy of the Minerva’s Owls of Bath trail. 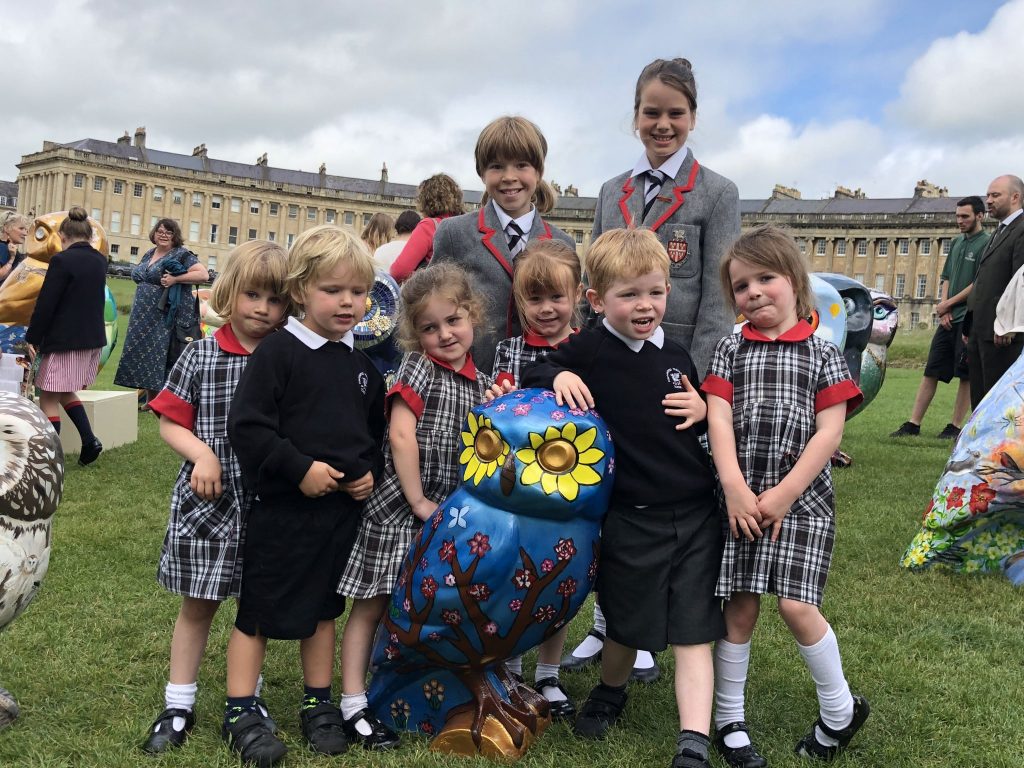 The Owls of Bath trail is perfect for those in search of a free family day out during the summer holidays.  The trail is accompanied by a free education pack available to download from the website, crammed full of owl-inspired activities from crafts to environmental projects.

Owl trail maps will be available for a donation of £2 from outlets across the city, including the Visitor Information Centre, Waterstones and Bath Aqua Glass.

In addition, the trail will be accompanied by a free App, which can be downloaded from QR codes on each owls’ plinth from Monday 25th June.  Anyone armed with the app will then receive information about owls as they approach (from interactive beacons in each Owl) plus a fun question to answer for the chance to win a luxury break in Bath at the end of the event.

Each owl will also have Tap and Donate QR/NFC codes on the owl plinths so that people can make donations to the Owls of Bath charities via their mobile phones.

At the end of the event, all the owls will be gathered together for a final ‘Hoot Farewell’ weekend on 6th-7th October 2018, before being auctioned off to raise money for four local charities – the new Royal United Hospital Cancer Centre, the Bath Young Carers Centre, the Roman Baths Archway Project and the UK Little Owl Project, which is based in Bath.