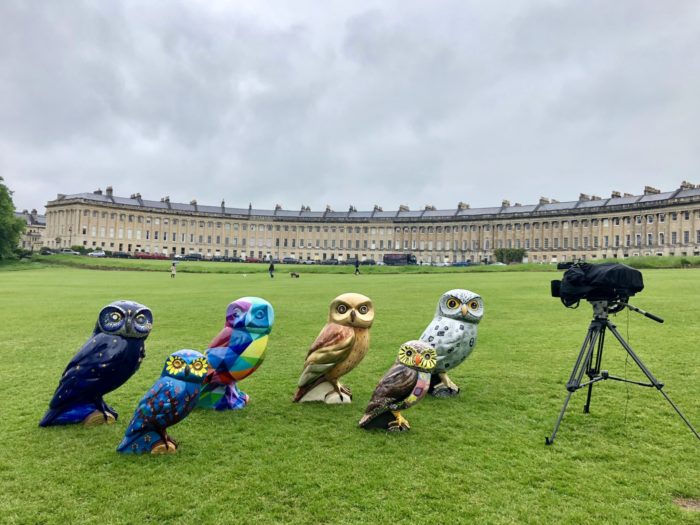 Any beady-eyed viewers might have spotted a cameo appearance by some of our Minerva’s Owls ‘flock’ on ITV West Country on Tuesday night (5th June). A selection of the newly decorated owls made an appearance in the primetime news feature, alongside event organisers Megan Witty and Gitte Dawson. The exclusive story also included a sneak-peak of some behind the scenes design work during an interview with Bath-based artist Annabel Menheneott who was seen decorating her owl Nocturnowl for sponsors Crest Nicholson, Bath Riverside.

You can watch the report in full by clicking this link

All owls on the trail will be on display in and around the City of Bath from 25th June-10th September. 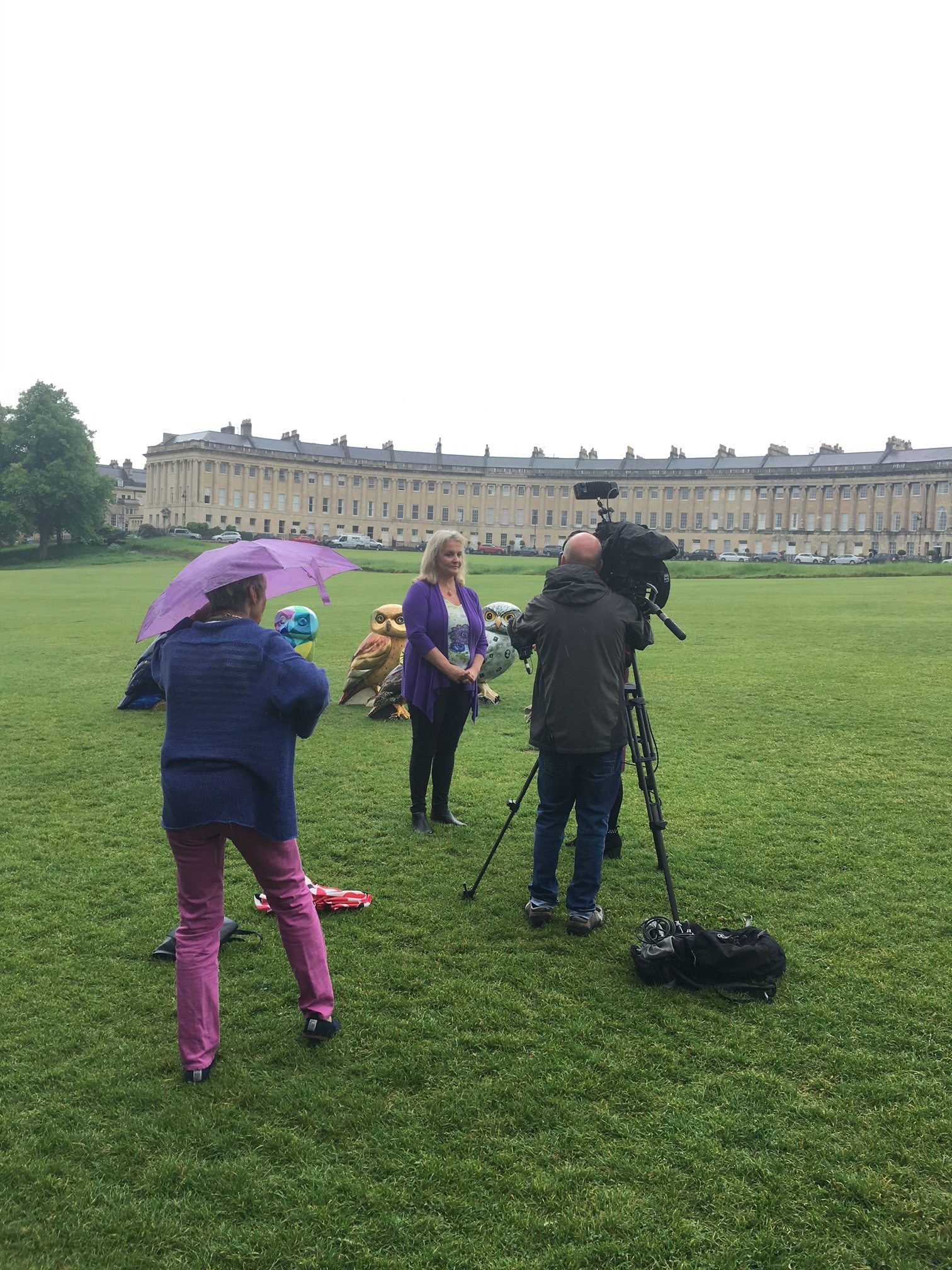